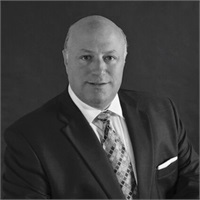 John Straley is the President and Founder of Chicago based Infinity Wealth Advisors, LLC; a premier financial and estate planning firm located in the suburb of Schaumburg, Illinois. He builds positive client relationships by helping individuals better understand investment and insurance programs available today.  John has extensive knowledge in many areas of financial planning and strongly believes in continued personal and professional growth.

John is a student of the world renowned Strategic Coach® program designed for successful entrepreneurs. Through education and straight forward communication, he motivates investors to develop a plan utilizing concepts and strategies that help them reach their financial goals.  His passion for guiding business owners and their families with retirement, estate, and contingency planning has been the foundation for his achievements.

John has earned many industry accolades and has been cited for his accomplishments with several leading firms.  He was awarded The Five Star Wealth Manager Award in 2011-2015 & 2017-2018 as seen in Forbes, Wall Street Journal, & Chicago Magazine. John is a Principal member of First Financial Recourses; a professional organization comprised of strategic problem solvers for high net worth individuals, as well as public and privately held companies.

One of John's passions is cinematic productions. Through friendships and common interest in the big screen, this led to the creation of a production firm. With that, John became an Executive Producer on a recently released movie. The movie was on Apple's Top 10 List for 3 months and he looks forward to using this creative outlet for future productions.

John has kept his roots in the Norwest Suburbs of Chicago for the last 20+ years. He has enjoyed helping families in the surrounding areas create and meet their financial goals.

He is a graduate of DePaul University with a Bachelor of Science degree in Commerce. John has been in practice since 1992.